Amazon is not the kind of company that makes a big fanfare (read Apple) when releasing something new*, so they tend to underwhelm when they announce a new product.

So, if someone gets (used to get?) standing ovations when presenting even a feature of a new products (Oh, and there’s something else), at Amazon the style is more of a understated dry affair (so, we have this, and that and also that. Oh, yeah, we also did that…)

Lack of confidance? I don’t think so. I believe is more a keen disregard of anything unrelated to the thing itself (read branding, communication strategy PR and the like). The result is that there seems to be no emotion in what Amazon does. And this gets them little love among tech enthusiasts. I can’t blame when I read on my Twitter feed people dismissing the new 2019 physical products release, as Amazon put Alexa in a bunch of products.

At Amazon they are iterative purists, RERO (release early, release often) believers at a massive scale. They launch bold but definitely unpolished products, gather feedback, and build upon it (for instance, makers like hacking the Dash button? They made an hackable version. People use the Echo for timers? Let’s make a connected clock which shows the timers you’ve set via Alexa, etc.). This is their way, and no, it’s not sexy.

But I actually like this pragmatic approach to invention. It led them to release an incredible amount of memorable products. Echo, Kindle, Amazon Dash (yes, press a button in the cupboard to order more washing powder, that’s sci-fi isn’t it?), Amazon Web Services, Next Day delivery…

So I think that there’s potential also in some of the new physical products they released, beyond the Alexa in a thing first impression.

In particular I see the point in something like a personal assistant in a ring or in a pair of glasses. Much more than in a phone, a wearable, easy to access device, is a much more suitable place for it.

In fact, I think that the idea of Siri speaking out loud to you and to everybody else in the same supermarket lane your shopping list of Oreo biscuits, hummus and Chinese chili oil is what stops people from using it for these kind of mundane, but ubiquitous cases. Yes, you could have some sort of private chat with your favourite virtual assistant through Airpods, and other microphone equipped headphones, but it’s still a clunky experience.

Thing instead about the assistant in a ring. You cup your hand, whisper some question onto it, bring the hand to your ear and listen to the response. Neat, discreete and cool. So yeah, I’m looking forward to see the future for the Amazon Loop and for similar devices to come**.

*Some micro-historical context for (my) future reference. In the past week also Nick Cave had a new release, which he announced it as casually as Amazon did. A fan at Nick Cave forum/website asked, hei Nick when are you gonna have a new album. And Nick Cave casually, thanks for asking, in two weeks. It’s a double album… And then it was released.

** Important disclaimer. The fact that I have a certain appreciation to the way Amazon works in the innovation business doesn’t mean that I approve of them as a company. In fact, I find their treatment of workers, especially in fulfillment centers, disgraceful on both a social and personal level. 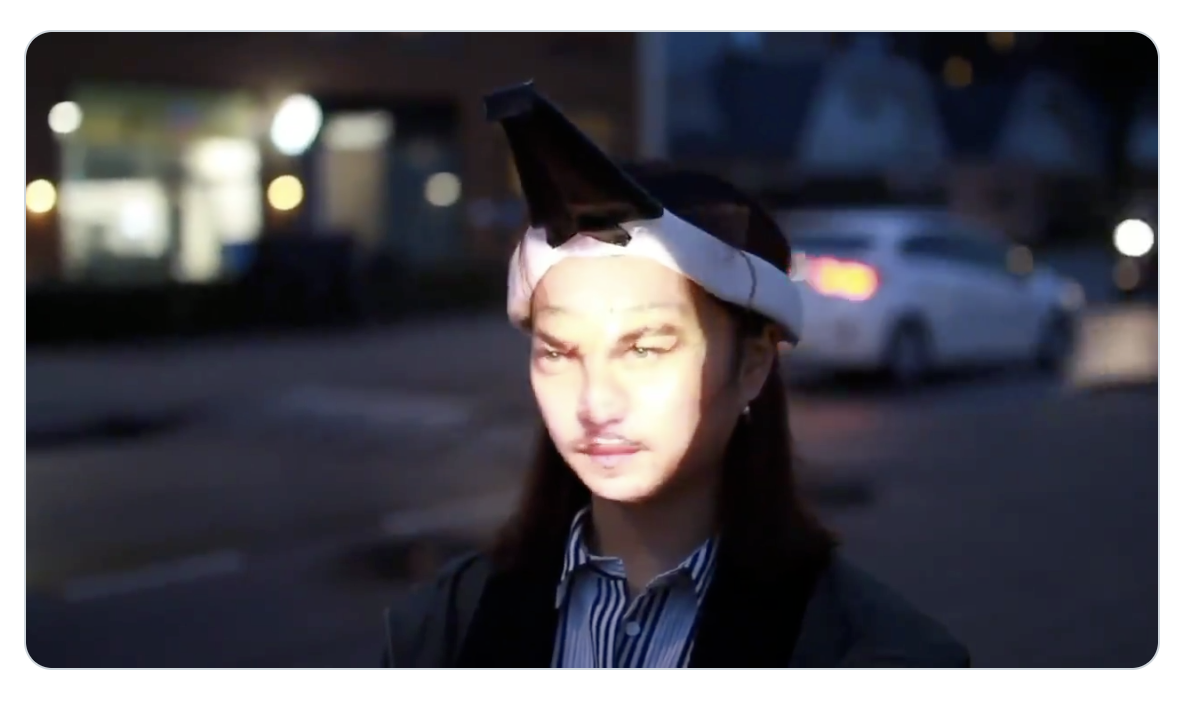 Projects a different face on top of your face. It surfaced on Twitter from the account of an Hong Kong protester, without any informations on the tweet.

Didn’t dig further, in respect of clandestine feeling intended by the poster. But I dig the idea, so it made it into the findings. 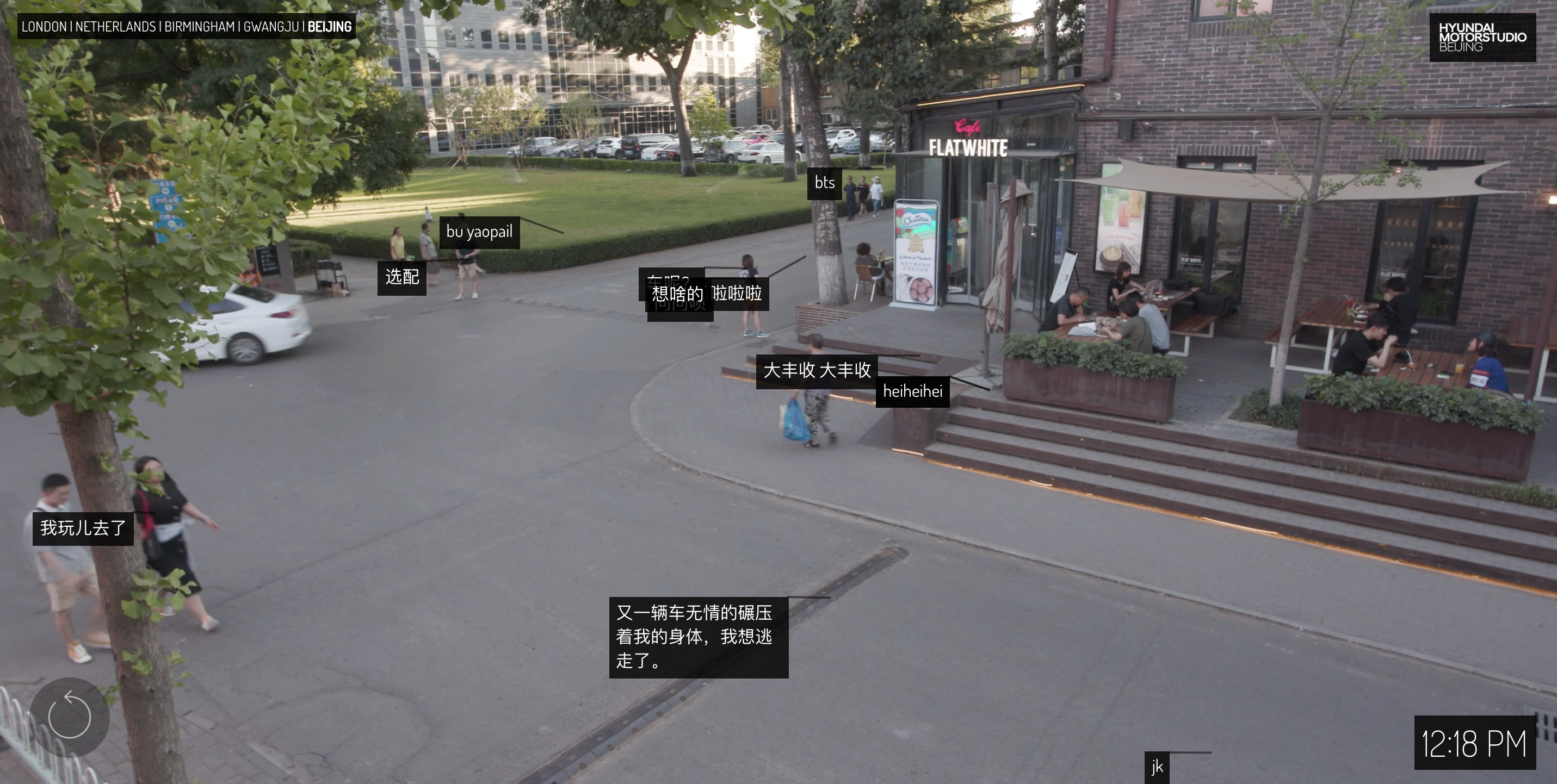 A website playing a 12 hour video from a London (and other cities location). At any time you can zoom-in in a specific part of the scene, for instance at a person, and add a comment.

Very nice project by Kyle Mcdonald from 2015. I somehow missed then, just got to my attention as it was recently updated with a new location in Beijing. 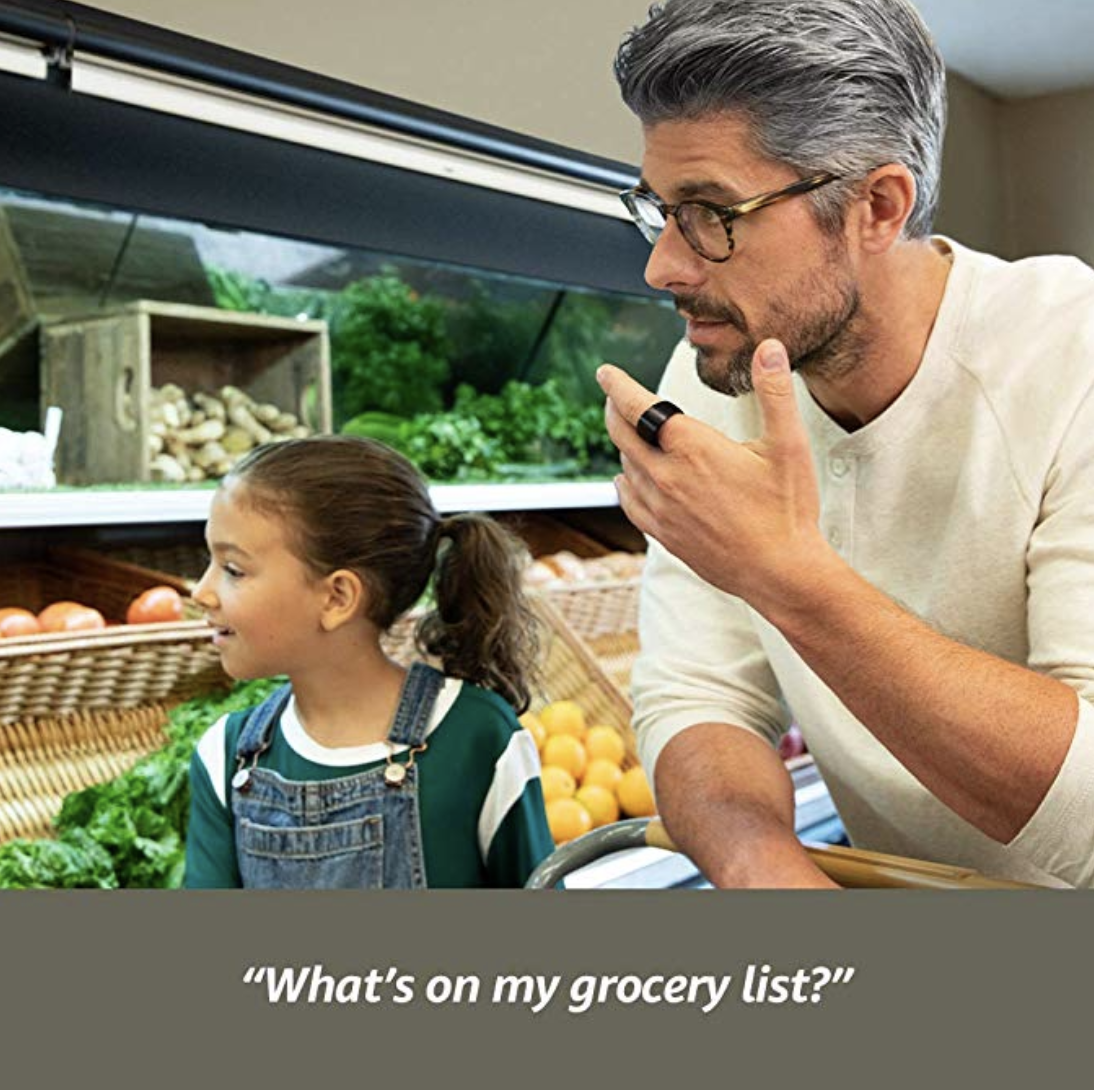 You cup your hand, whisper some question onto it, bring the hand to your ear and listen to the response. As part of a pilot/beta program, Amazon released an Alexa ring and Alexa glasses. I’m looking forward to more wearable pieces with voice assistant like these.