Notes from my visit to Ars Electronica. Collected strolling in that multi-cultural cyberpunk mini-sprawl that is the Postcity, the huge building where most of the works are exhibited and events take place (for the last time this year), and from other locations around Linz.

Bio Art is not new, but I was surprised to see how many projects there were in this category and how advanced independent artist managed to go in their biology skills. But the usual media-art aesthetic is still there, just that in place of cables and electronics there are now tubes with running liquids, organic stuff in glass domes and flasks filled with weirdly coloured liquids.

I felt we are now in the dawn of a whole new age - maybe after we’ve done with digital transformation there will be a whole consulting industry helping companies to deal with biological transformation?

Like on Twitter, so in Ars. A good number of project had to do with morphing strangely-familiar uncanny images generated by GAN algorithms. Beyond the future potential of this technology, for now it looks as if AIs got into a sudden Francis Bacon frenzy and all started to paint like him. For my part, I love Francis Bacon’s, so I’m enjoying the moment.

A greenhouse gas reacting installation, a sound piece sampling cracking polar glaciers and one work testing the habitability of alien environment, speculating on a post-collapse ultimate solution. Climate crisis is definitely a recurring theme in many works, no matter the category. 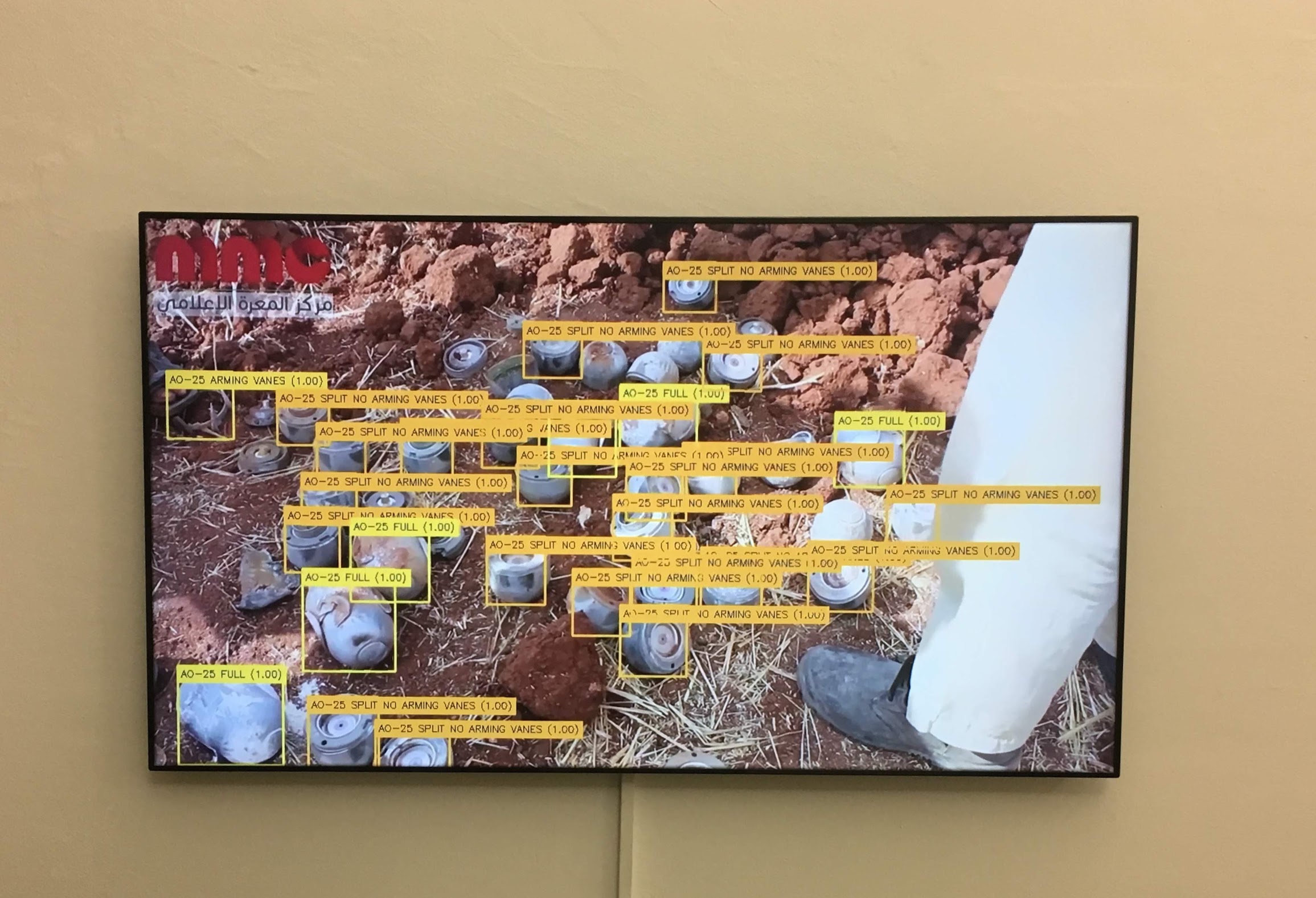 Vframe is a tool to recognise landmines in war territories. Brilliant idea, execution and intention.

A visual search engine was trained to analyze video data sets from battle zones to spot such weapons. In order to train the neural network of the search engine to recognize them even in low-resolution recordings, 3D models were created and fed into the object detection software.

A bioengineering speculation aiming to conciliate the needs of traditional chinese medicine and the safeguard of endangered animals. The project’s website is very nice too.

Is there a way to resolve the conflict between health, culture and environmental conservation through a new interpretation of traditional Chinese medicine? […] Combining Western and Chinese Medicine and Technologies, this new hibrid medicine prevent the destruction of both animals and traditional cultures, and provides more possibilities for coexistence of human society and the natural environment 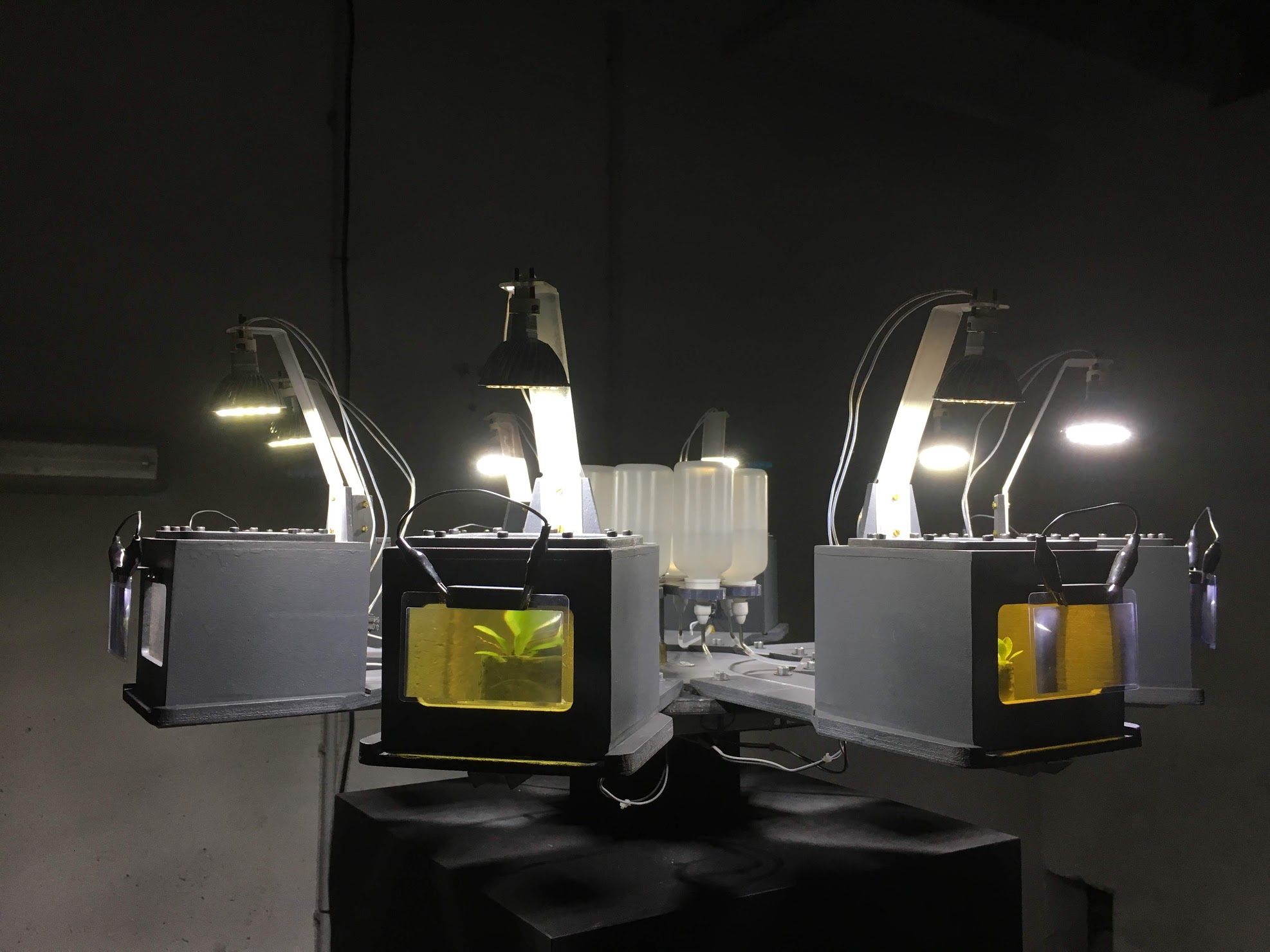 Three prototypes subjecting small plants to environmental conditions of non-terrestrial environment. Testing how simple organisms react to the magnetic field, light spectra and gravity of other planets, where we might have to migrate when we’ll be done with our own. For the crafty, the artist made a step-by-step tutorial on how to build his prototypes. 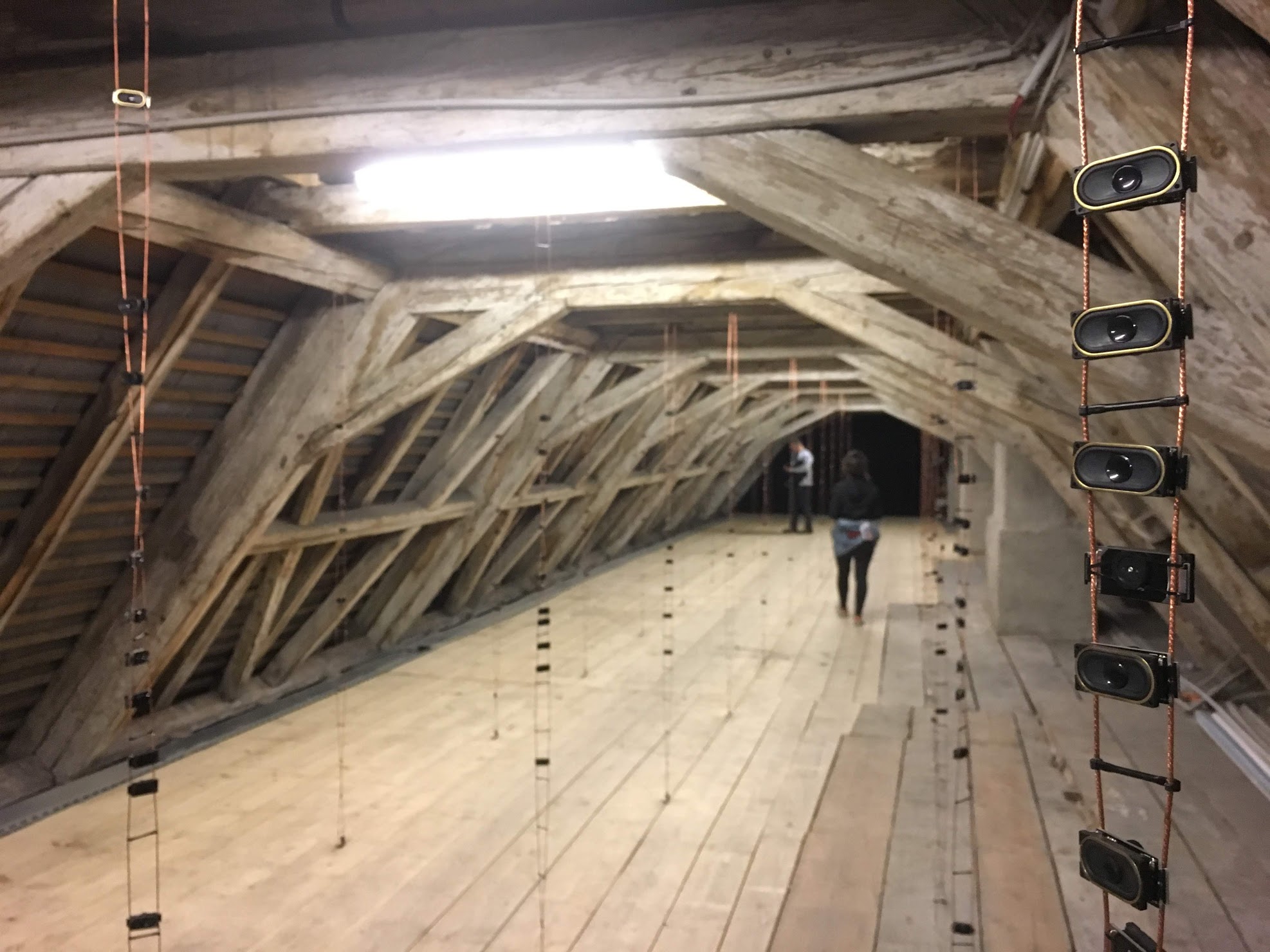 Simple and beautifully executed. Displaying in under the roof of a church helped too.

The SINE WAVE ORCHESTRA has chosen to dedicate its work to the sine wave, said to be the most basic sound and therefore called pure tone, containing neither overtone nor noise but a ingle frequency. This work is defined by the interplay of visitors: Each spectator is given a small device which can play a sine wave and asked to choose its frequency and position on one of the columns of copper wire in the attic.