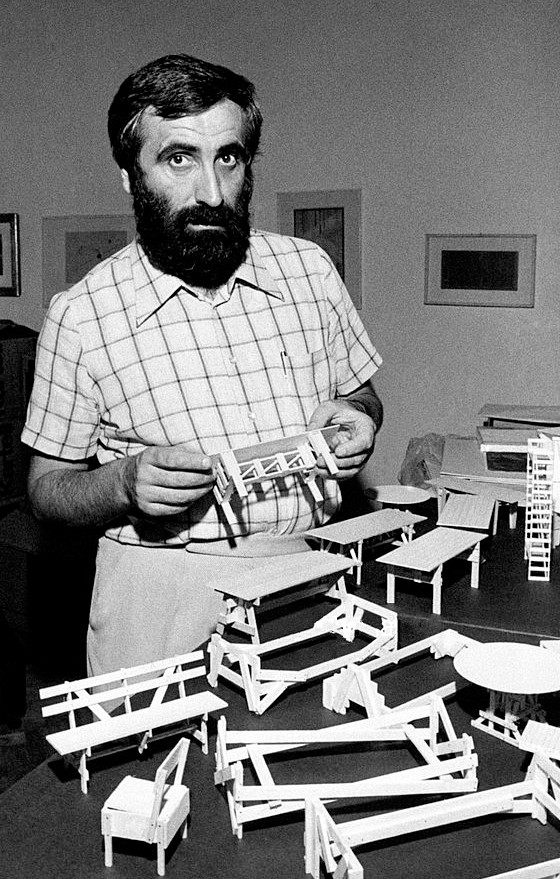 During a trip in Florence we passed by the great independent bookshop Todo Modo, and as I was paying for a illustrated children book by Iela Mari, and telling the owner about how I liked the work of her husband Enzo (Mari, one of the best and most known Italian designer), she recommended me the last book by yet another Mari, their son Michele: “Leggenda Privata” (Private Legend). “It’s his best novel”, she said, and then added: Enzo “è una carogna” - roughly translated, “is a bastard”.

So some time later I did get the book, and I loved it. Michele is an terrific writer, with a unique style and a powerful ability in creating images with words. But as the librarian warned, Enzo’s figure is not a positive one. The man depicted in the book is an arrogant one, unable to see the world in any other way than his own; an husband that brought his wife Iela to the edge of depression and an extremely demanding, unloving father to his children.

So now every time I think of Mari designer, that with his Autoprogettazione reimagined his discipline in ways that could empower people beyond the rules of market and industry, I also think about Mari father, telling Michele not to cry when he was slapping him, “your grandfather was using the belt with me”. And I think of the Mari Marxist-Leninist rational man that later disapproves of his son’s literary ambitions classing them as “fri-fri” (some mild derogatory expression for “gay”).

I’m not entirely sure on how this new perspective has changed my view on Enzo Mari’s work. And this is not an unusual situation, many times we are asked to negotiate our opinions between the artist and the man behind it. And in the past I’ve dealt with it in different ways. I still indulge in Burzum’s music from times to times, although I absolutely despise everything he did in his lifetime. While I stopped listening to Swans, whose music I love, after the allegations about Michael Gira (maybe because I’ve seen Gira close enough in a live concert, and even on the stage he looked like an arrogant asshole).

Now, I cannot say that I’ve changed my opinion on the importance of Enzo Mari’s work. But my always postponed plan of making my own Autoprogettazione table, well, maybe that will never happen anymore.

Just after I finished writing this, I thought it made sense to translate it in Italian. It’s here.